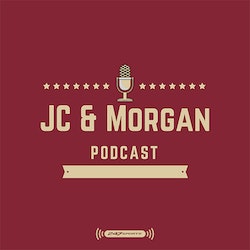 College football and SEC football talk with Mike Morgan of ESPN and the SEC Network and JC Shurburtt of 247Sports.

The NIL debate rages on as once-friends Jimbo Fisher and Nick Saban went after each other this week. Barrett Sallee of CBS Sports joins Mike Morgan (ESPN) and JC Shurburtt (247Sports) for a lively discussion on the subject. Also, the future of scheduling in the SEC and some quick thoughts on the offenses at Tennessee, Arkansas and Ole Miss heading into the 2022 season.

Episodes of This Show